Lighting up Kumbh Mela with the B10

No other event in India is more important than Kumbh Mela. It is widely believed that by bathing in the confluence of the sacred Ganges, Yamuna & the mythical Saraswati rivers, one can cleanse themselves of sins and avoid temptations, or even achieve salvation from the cycle of rebirth.

To put into perspective how Kumbh Mela is one of the most widely attended religious festival in the world, an estimated 350 million visitors had congregated at Prayagraj when the festival wrapped up on March 4.

Bharat Bhirangi, photographer and Associate Director of the Bharati Vidyapeeth’s School of Photography, braved the crowd with the Profoto B10 and B1X to bring back some amazing shots of the festival. 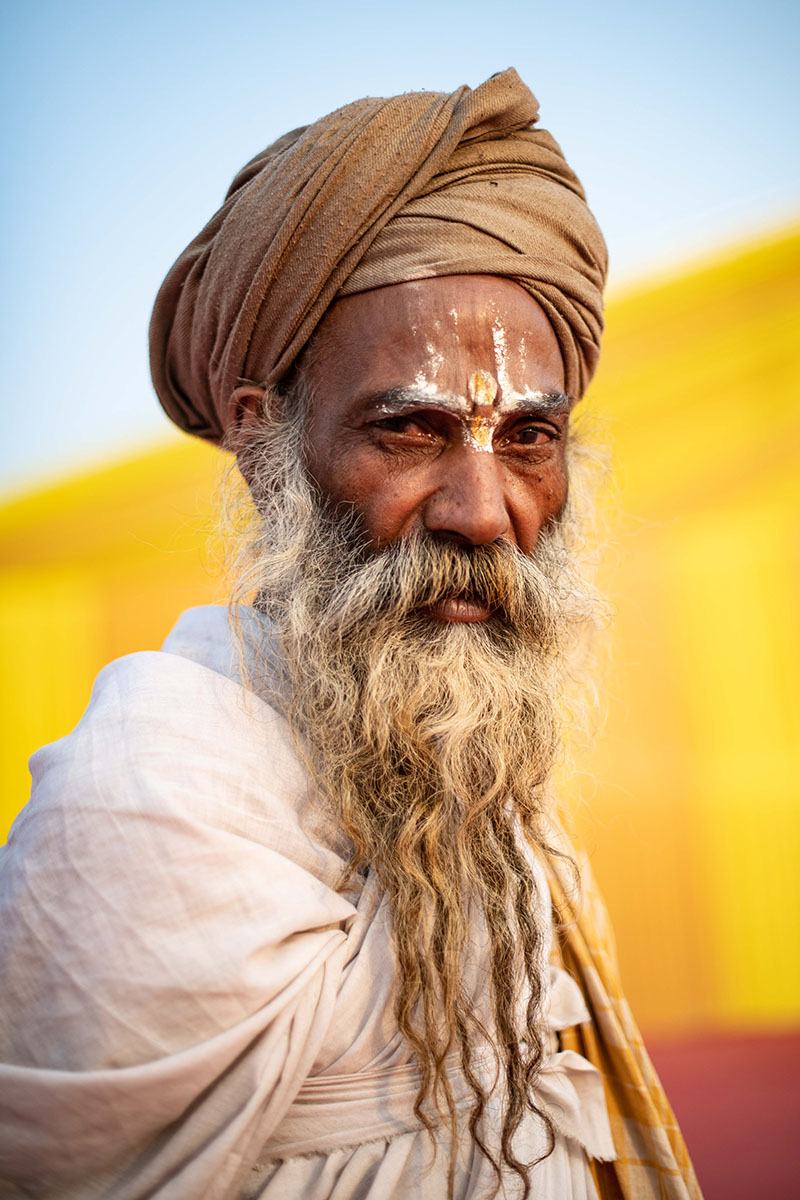 Q) Bharat, how does it feel to be photographing one of the most important religious festivals in the world?

A) It’s awe-inspiring! The scale is something that one has not seen or dealt with before. During the Kumbh, you are in the most heavily populated place on the planet ,square foot for square foot! You are amongst people not just from across India, but also from all over the world. 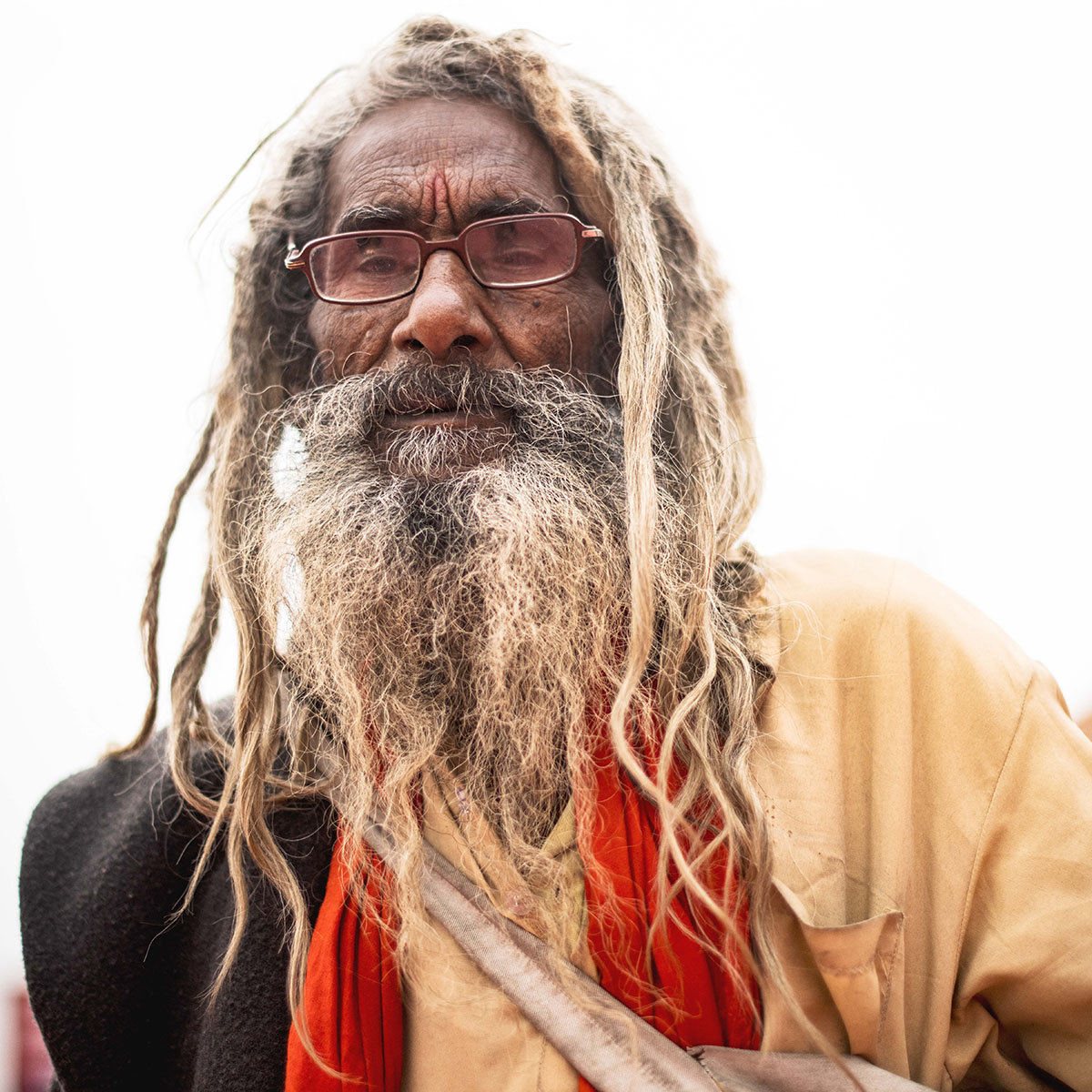 Q) How did you prepare yourself before photographing such a large-scale event?

A) Almost all of my work is in the studio & on the view camera, in a controlled environment. Nothing was under my control at the Kumbh! Coming to terms with that was what I had to prepare for. Dealing with law enforcement agencies, getting access, etc, were other things that one needs to look at. 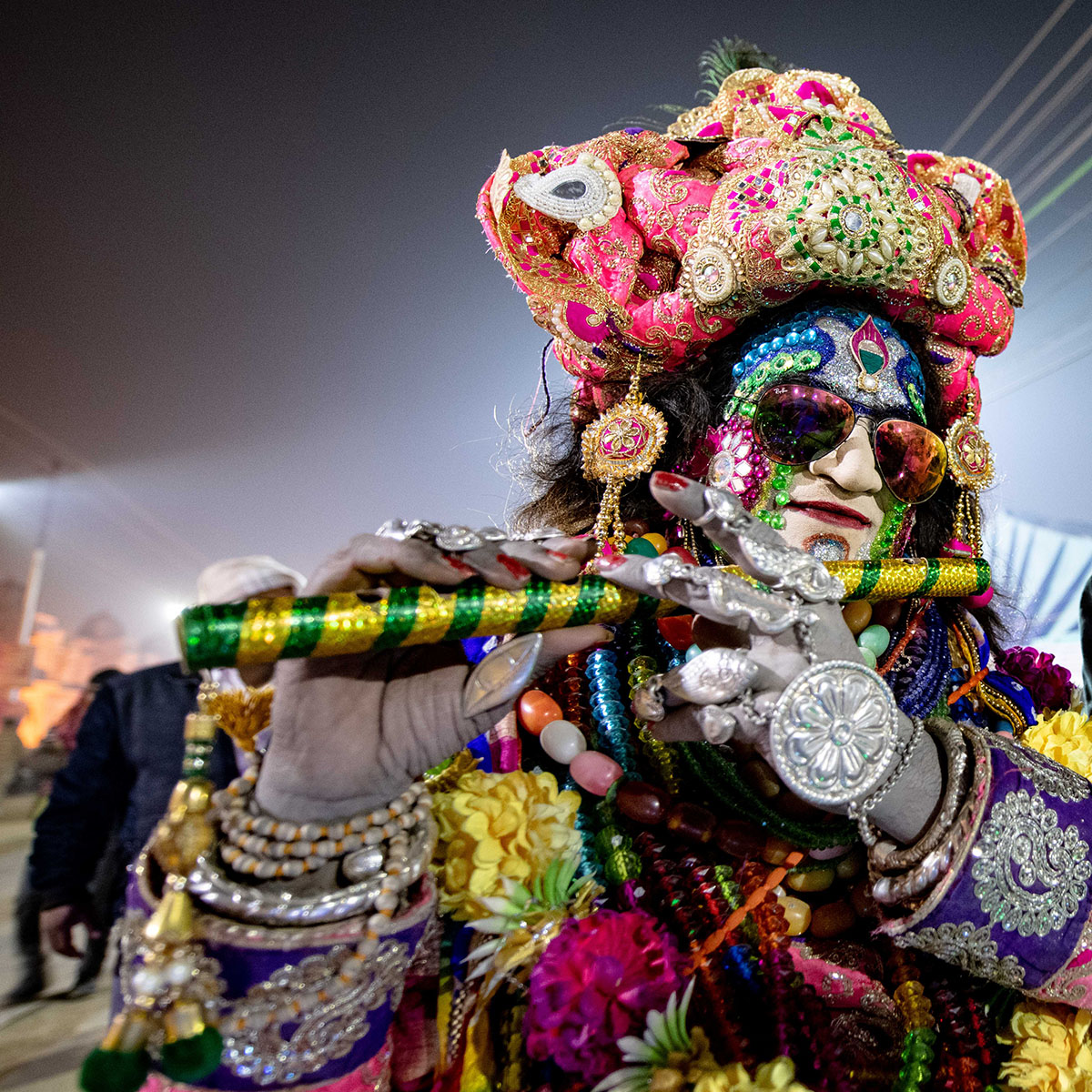 Q) Many photographers have covered Kumbh Mela in the past. How will you say you have shot this year’s Kumbh Mela differently from them?

A) I didn’t want to come back with images that have typically represented the Kumbh., such as Nagas with their chillums (smoking pipes). I was more interested in some of the rituals which have a recorded history of more than 2000 years. Access to these ceremonies is usually restricted and/or difficult. I got a chance to be part of an initiation ceremony where over 1500 people took a vow of Bramhacharya – a vow of renunuciation & celibacy. Men & women from ages, from 13 to 80, took this vow while symbolically performing their own final rites. MBAs, doctors, professors, engineers & businessmen were amongst those made up this group!

Another aspect I was looking at was of the pilgrims on their way to the ceremonial dip at the confluence of the rivers (called the Shahi Snaan, meaning the Royal bath) & returning after they had successfully taken the ceremonial dip. Their eagerness to take the Shahi Snaan is only rivalled by the sheer joy they feel after having finished taking the bath. The feeling of contentment & satisfaction they exhibit is amazing to see. 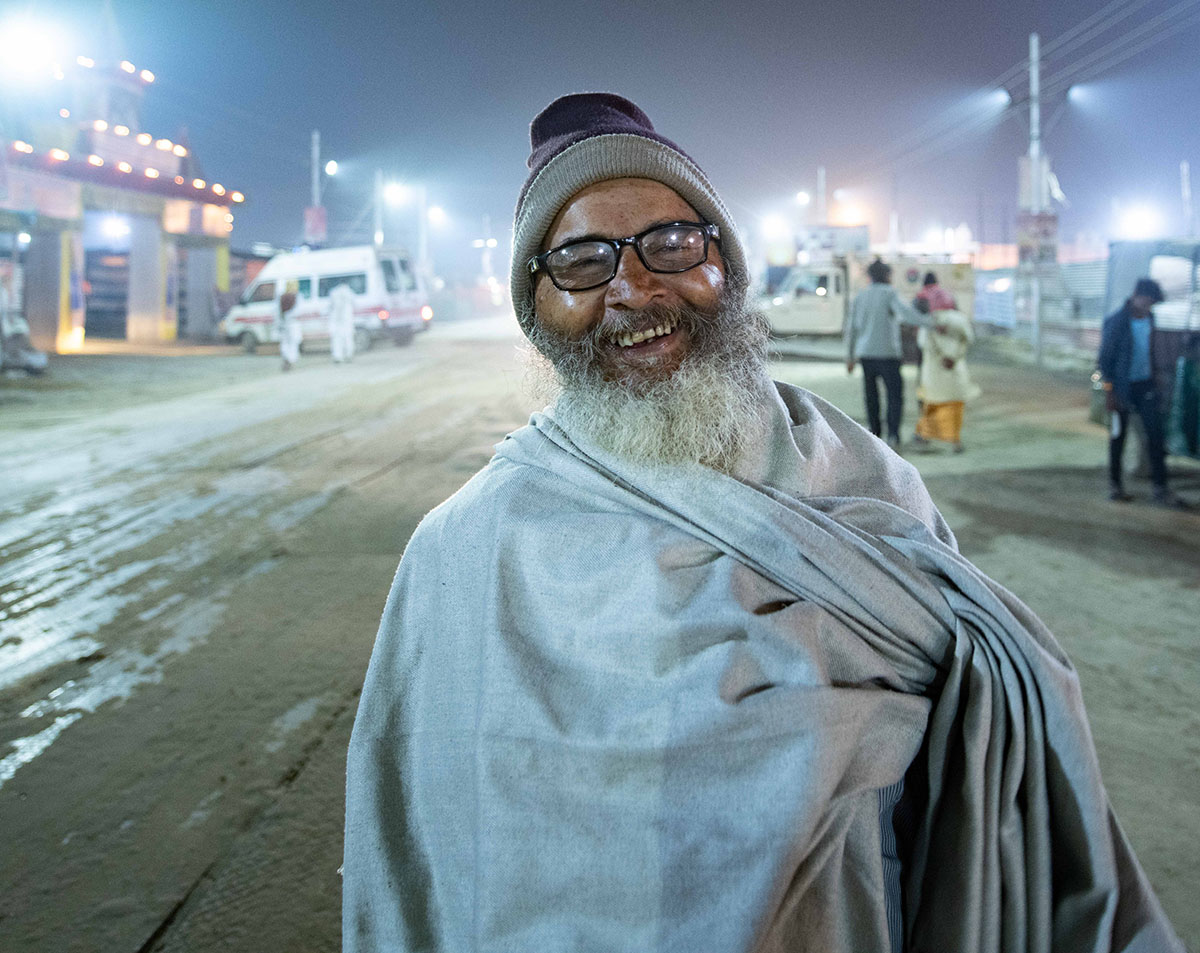 Q) Where do you draw your inspiration(s)?

A) Irving Penn has been a huge inspiration. A lot of my inspiration comes from my students. I always feel that I mentor about 60 students every year but end up learning from all of them. Some of them have been really inspired me. 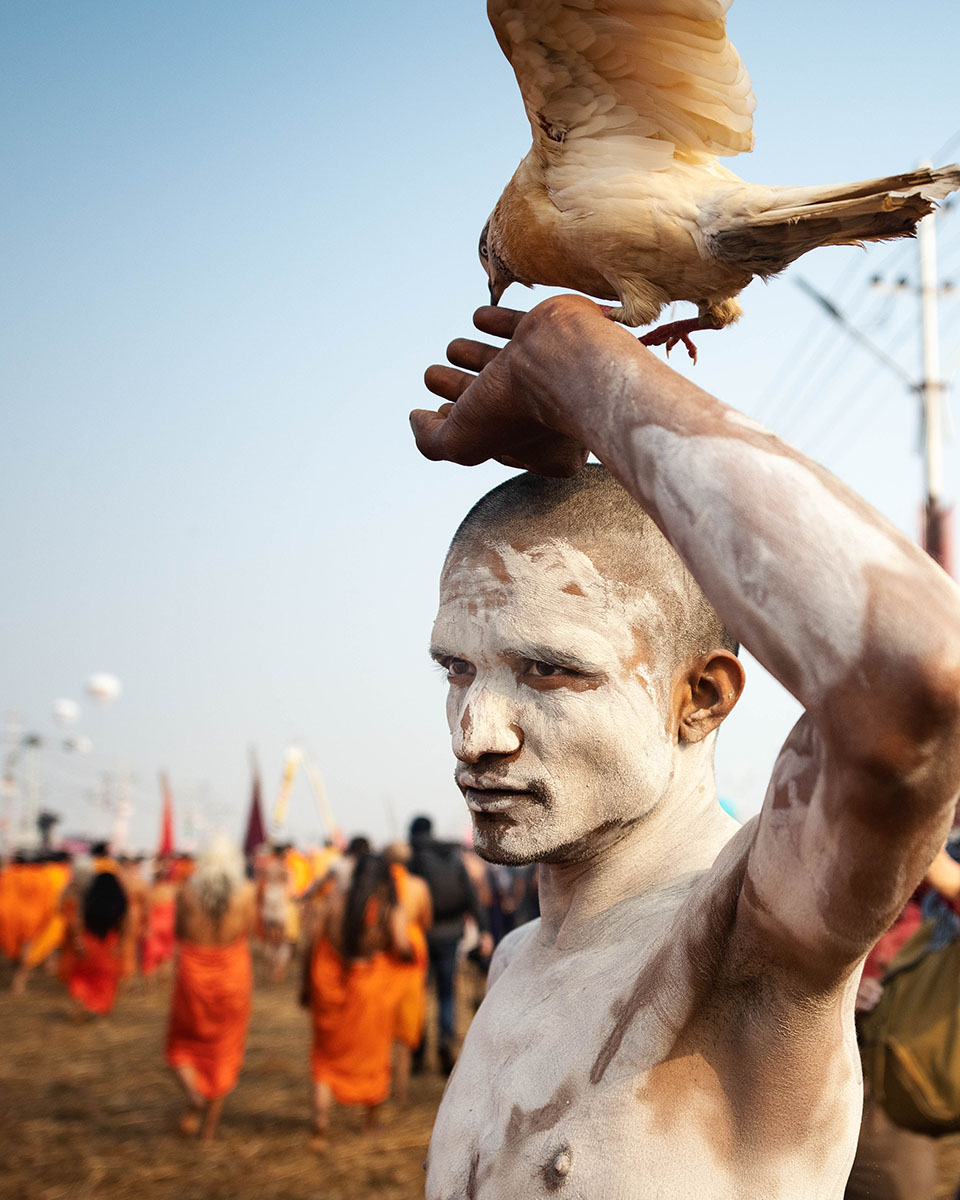 Q) How has using the B10 and the B1X changed the way you approach photographing Kumbh Mela?

A) Portability was a big factor while shooting at the Kumbh. I was shooting a lot of posed portraits and there was just no way of getting any kind of power supply. The battery life on the lights is really good too. I could take off for the day safe in the knowledge that the batteries would last me till the end of the day. The LED on the B10 is brilliant if you just want to switch over to continuous light, which I did use for a few images. The ease of using the 3 modifiers that I used - the Magnum reflector, OFC Beauty Dish & the Umbrella Deep XL Silver with the B10 and the B1x is phenomenal. TTL functionality was a big plus especially in situations where getting an image in was difficult.

The light at the Kumbh is a mix of colored LEDs, mercury, sodium vapour lamps & halogens. Then, you had multitudes of people & structures blocking that light. The B10 & B1X let me light up a large portion of my frame without it looking like it was from a smaller, harsher source.

Q) What’s one indispensible tip you will give to any photographer who wants to shoot the next Kumbh Mela?

A) Respect local customs & beliefs even if you personally dont believe in them. Don’t make people uncomfortable by shoving a camera in their faces. We saw quite a few photographers do it & get soundly thrashed by the Naga sanyasis! Know your equipment really well since there will be no time to ponder over settings.

You may view more of Bharat’s works by connecting with him on Instagram. Alternatively, you may also visit Bharati Vidyapeeth’s School of Photography’s website to see more courses they offer.

The on location icon
Experience Details

A versatile and zoomable umbrella for a light with contrast
Details