Painting a Picture | Profoto (IN) Skip to main content

Shadows have always intrigued me. Shadows create mystery, shadows define shape, shadows are important to appreciate the importance of light.

I have always been fascinated by the use of light and shadow in paintings and tried replicating them in photographs.

Baroque artists (1600-1750) used intense contrasts between light and dark, to add drama and mystery to their paintings. Renaissance paintings and Mannerist paintings seen in chronological order, indicate that from the end of the 1600’s more and more emphasis was laid on darkness. Dark areas dominated the canvas, while light took a backseat.

“Darkness is the absence of light. Shadow is the diminution of light. The beginnings and ends of shadow lie between the light and darkness and may be infinitely diminished and infinitely increased. Shadow is the means by which bodies display their form. The forms of bodies could not be understood in detail but for shadow.”-Leonardo Da Vinci

For this shoot I considered the following:

• Use of a single light source just like Baroque paintings

• Contrast in images with a lot of shadows

• In Baroque paintings, the correct natural lighting was late afternoon or early evening, when the light would come from above and the left

• Attire and Hairdo to reflect the Victorian period

• Use of texture and a vintage look in Post processing 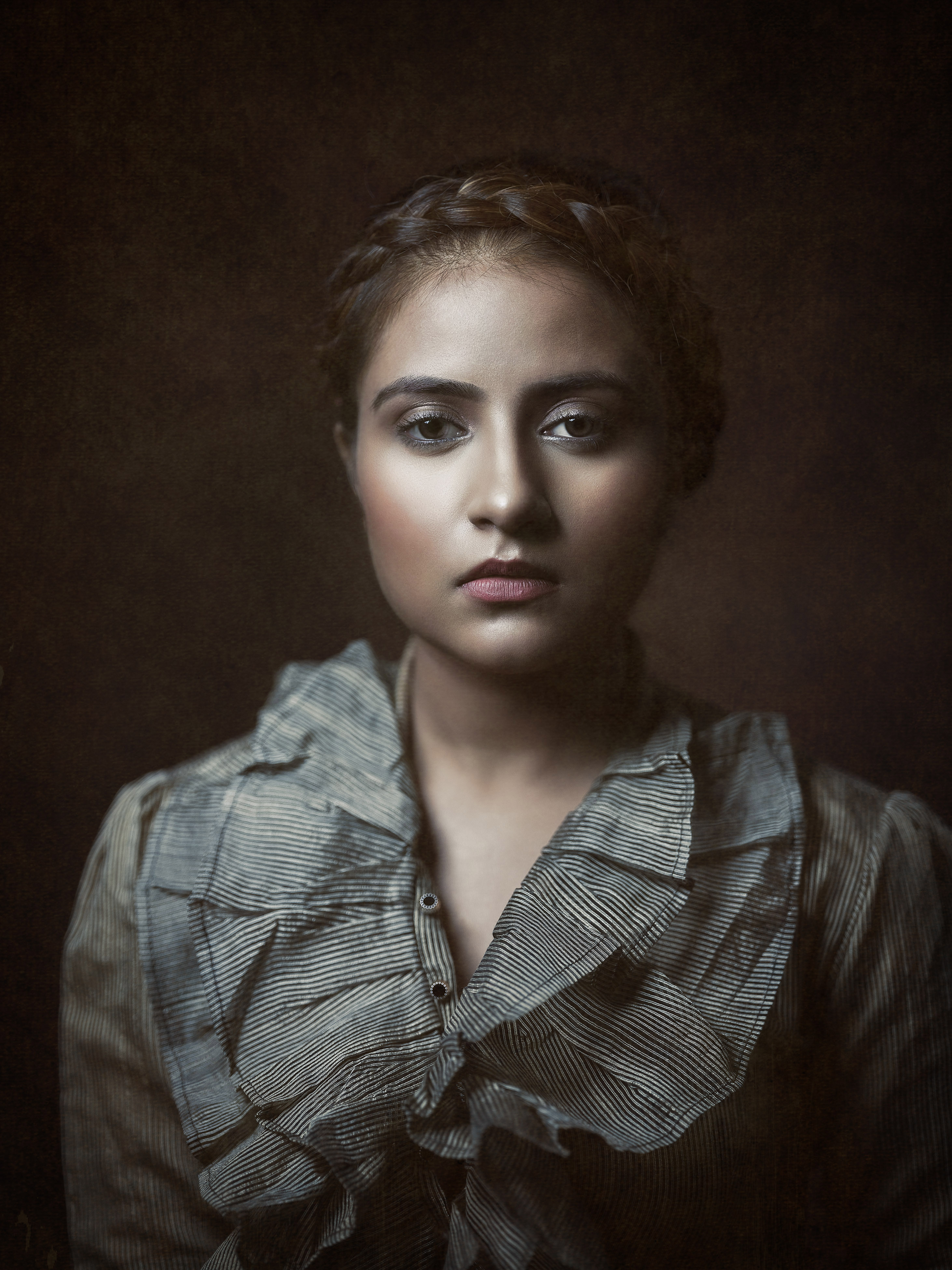 A single B10 with an OCF beauty dish was used. This was placed between 1-2 feet above the model and the angle was changed according to the shadows sought on the face and the scene.

Thanks to the team:

PV is a photographer based in both India and US. He is the founder of KitKarma, a peer-to-peer equipment rental/loan/sales portal in India. PV also runs ThirdEyeStudio, specializing in wedding and portraiture photography in US and India. Follow him on Instagram or Facebook.

Profoto is represented by Srishti Digilife Pvt Ltd in India.