Tranquility with the B10 | Profoto (IN) Skip to main content

Tranquility with the B10

Ram takes the Profoto B10 to the outskirts of Chennai to find a piece of tranquility.

But, is the B10 really worth the hype? I doubted if this small tool could help me bring life to my big ideas. During a meeting with Srishti Digilife (the official representative of Profoto in India), they asked me to try out the B10 in the field and without any hesitation I seized the opportunity like a hungry lion. 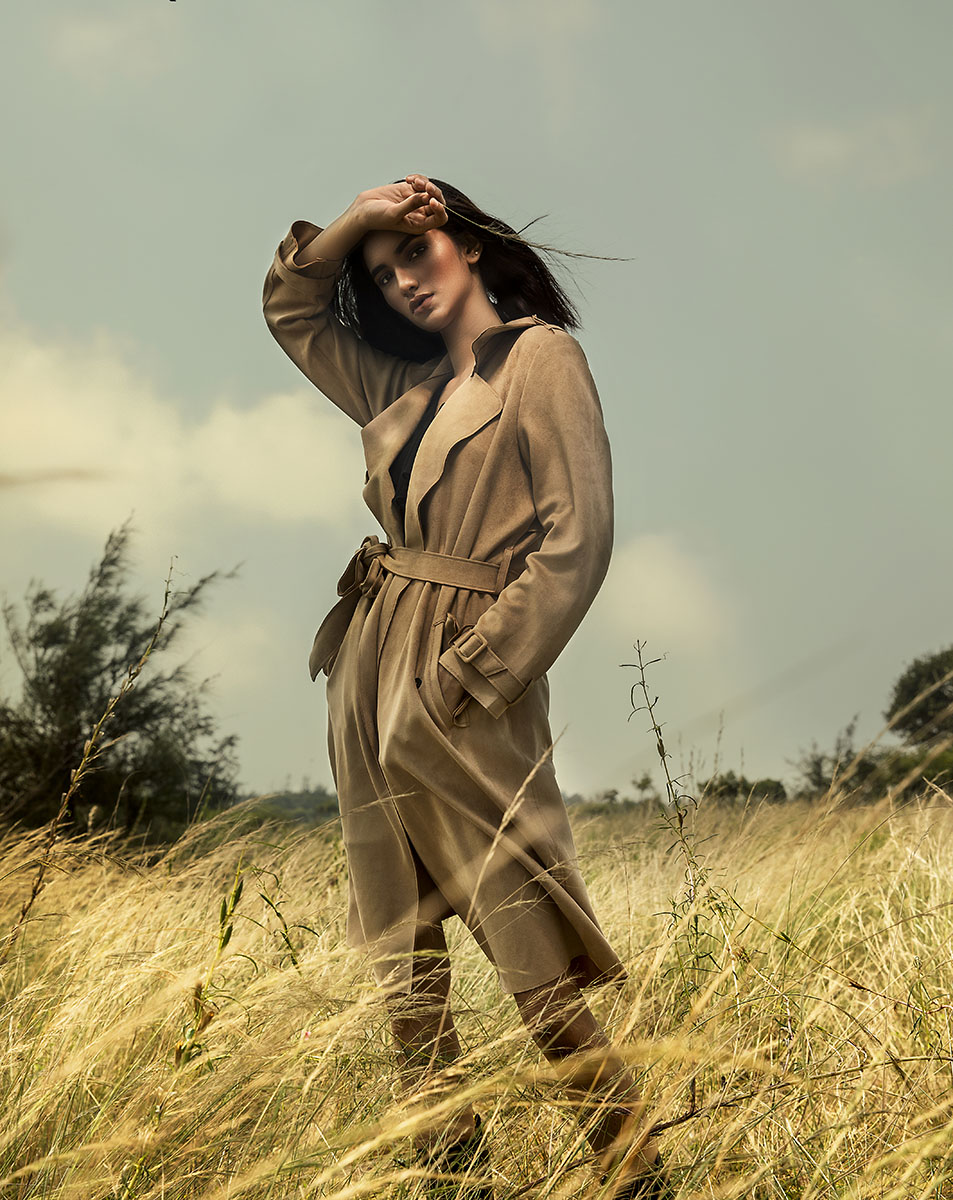 Tranquil is the name of the fashion series I had in my mind for quite sometime now. It is a series that is meant to be done out of the city where the subject interacts with nature and my job is to just present every frame to the viewers in the best possible manner. I wanted a powerful light source to overpower the bright sun in Chennai and also wanted the light to be small and mobile so that it will be easy for my team to set up the light in any tough terrain. So when I got the hands on the Profoto B10, I immediately knew that I could test its potential to the fullest in this shoot.

The moment I started testing out the Profoto B10, the first thing that surprised me was its form factor. Profoto really had put some extra thoughts to make this device as small and compact as possible. But the best part is that it is compatible with their huge range of light shaping tools that we all have, and we can use them without a converter or any extra attachments. 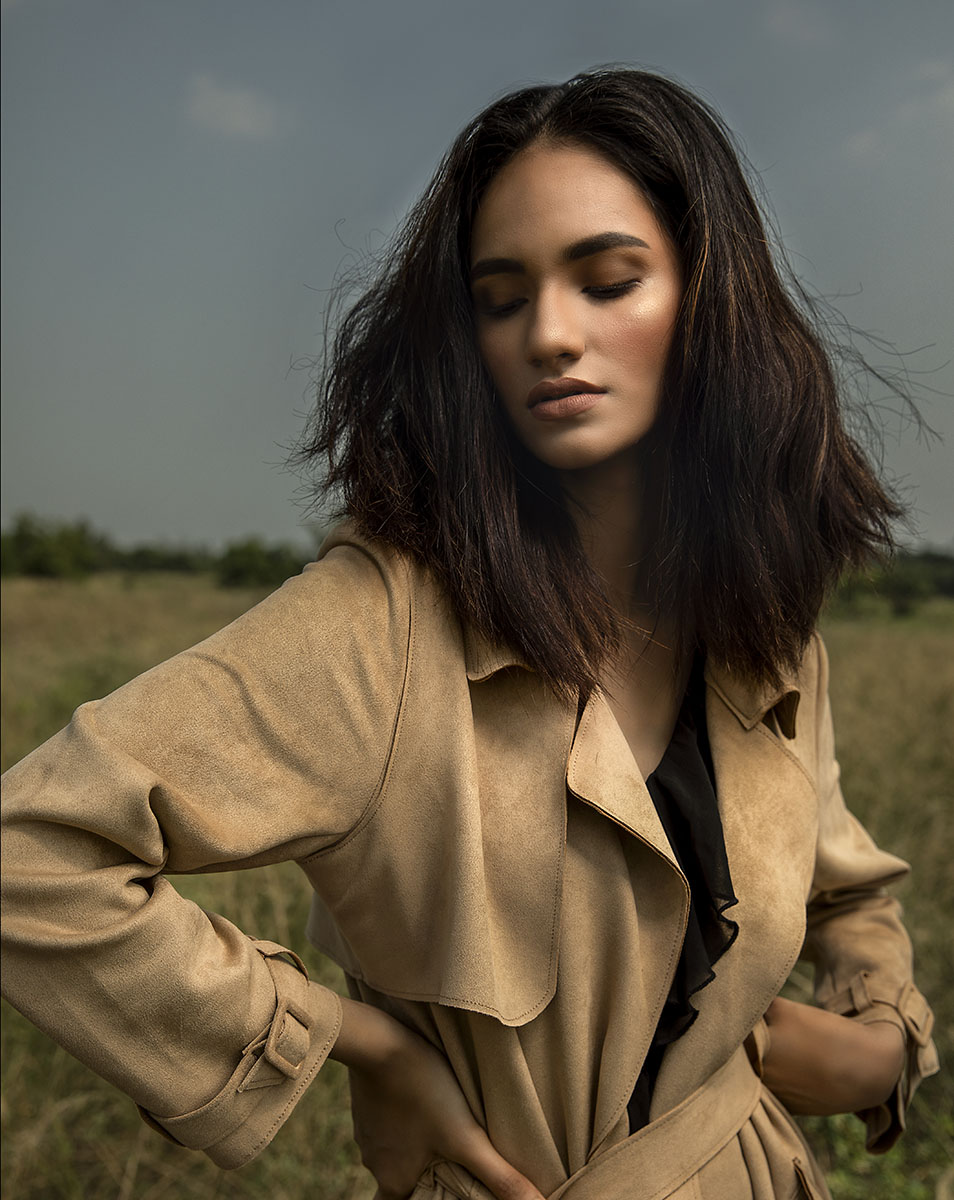 The B10 is almost as powerful as the Profoto D2 500 AirTTL, which was hard to believe. The difference between the them is just one stop, which, to me is negligible, as the D2 is neither as compact nor lightweight as the B10, and also it always needs a power source. With the help of the Magnum Reflector, I was able to get 1 more extra stop of light. In addition, with HSS (High Speed Sync), I was able to overpower the harsh sunlight and expose for the sky and the background. 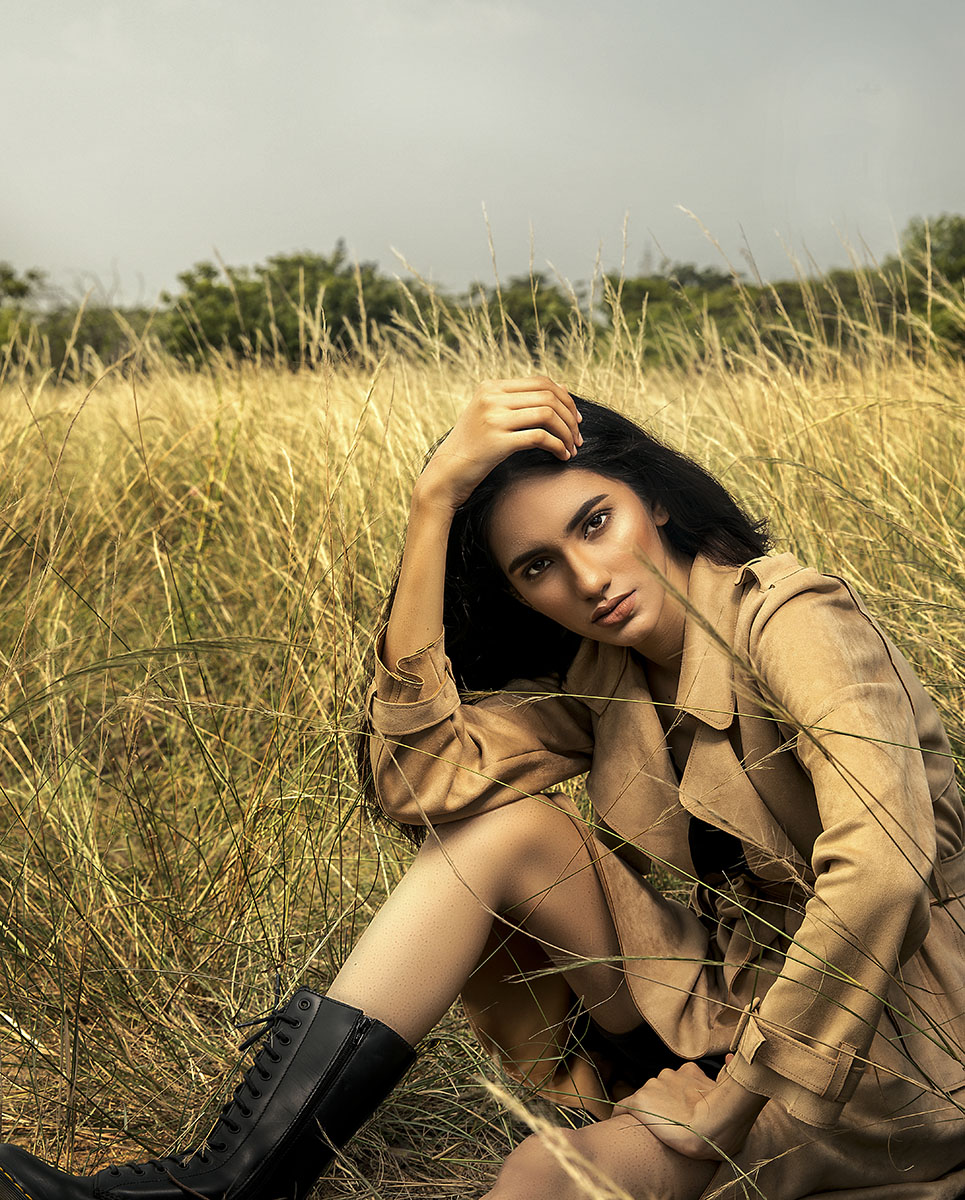 With a single B10 and the Magnum Reflector, I was able to mimic the sun and create such a beautiful yet hard light on my subject.

The feature I loved the most was the battery life. I just used one light for the entire day it started from 9am and went on till 6 pm. With over 350 shots during the shoot, I still had 60% of the battery left in the B10. To me, this is the best considering the compact form factor, weight and compatibility to use all of Profoto’s light shaping tools.

The new Profoto App allowed me to control the light from a distance without having to manually dial down/up the power on the light, which is great. It is now available for iOS users. But as an Android user, I expect Profoto to bring the app to Google Play soon. 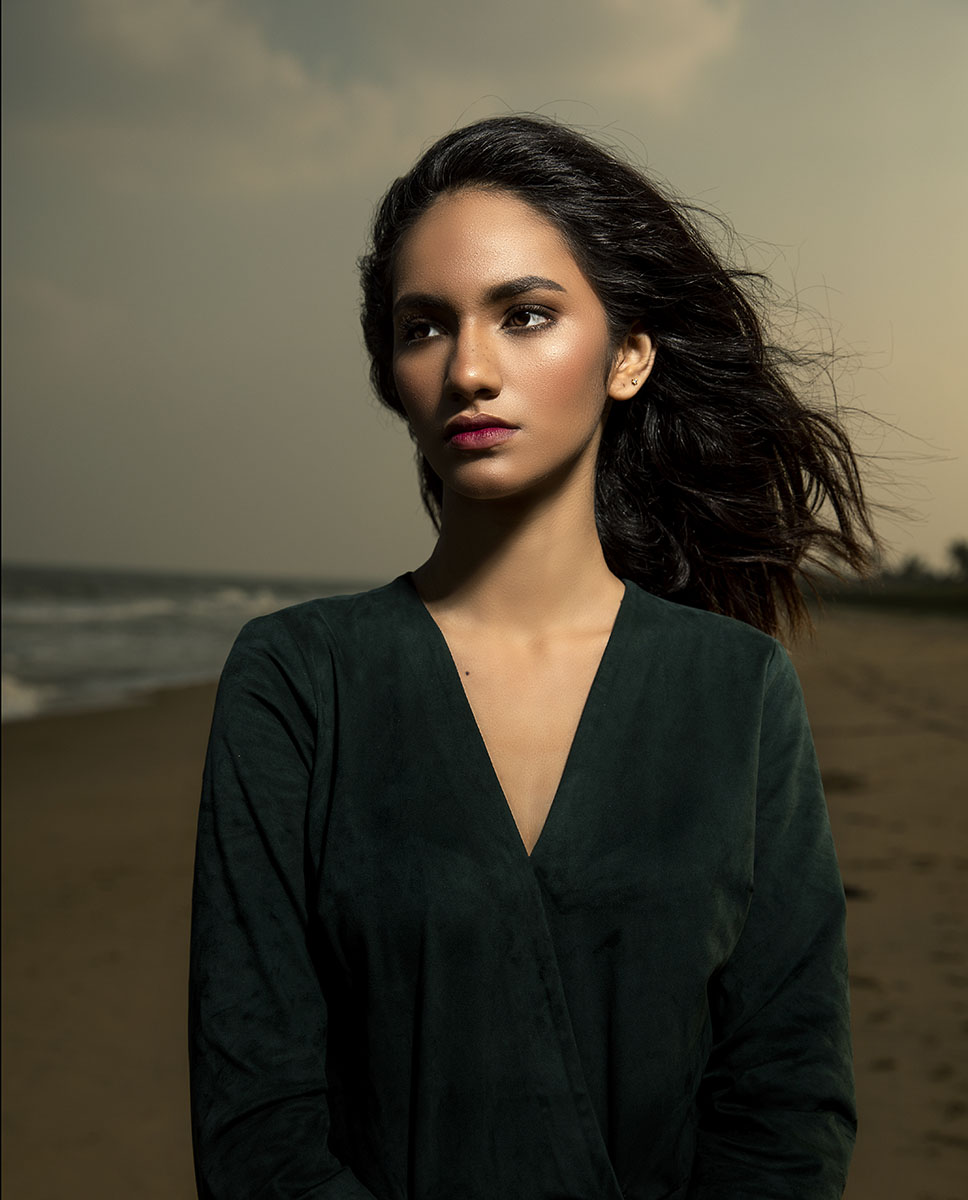 The next best feature that amazed me was the power and versatility of the modelling light. Now, with the B10’s LED modelling light, we can use it as a continuous light source for our video. Being able to adjust the colour temperature of the light in the device itself is icing on the cake.

Now with this short review, I hope you are be able to visualise the power of just one B10. With just half its power, I was blown away with the results. As a photographer, I always look for products to make my shoot time stress-free and simple. Every time I test out lighting products of different brands, I always ask myself, “Is this the one?”. 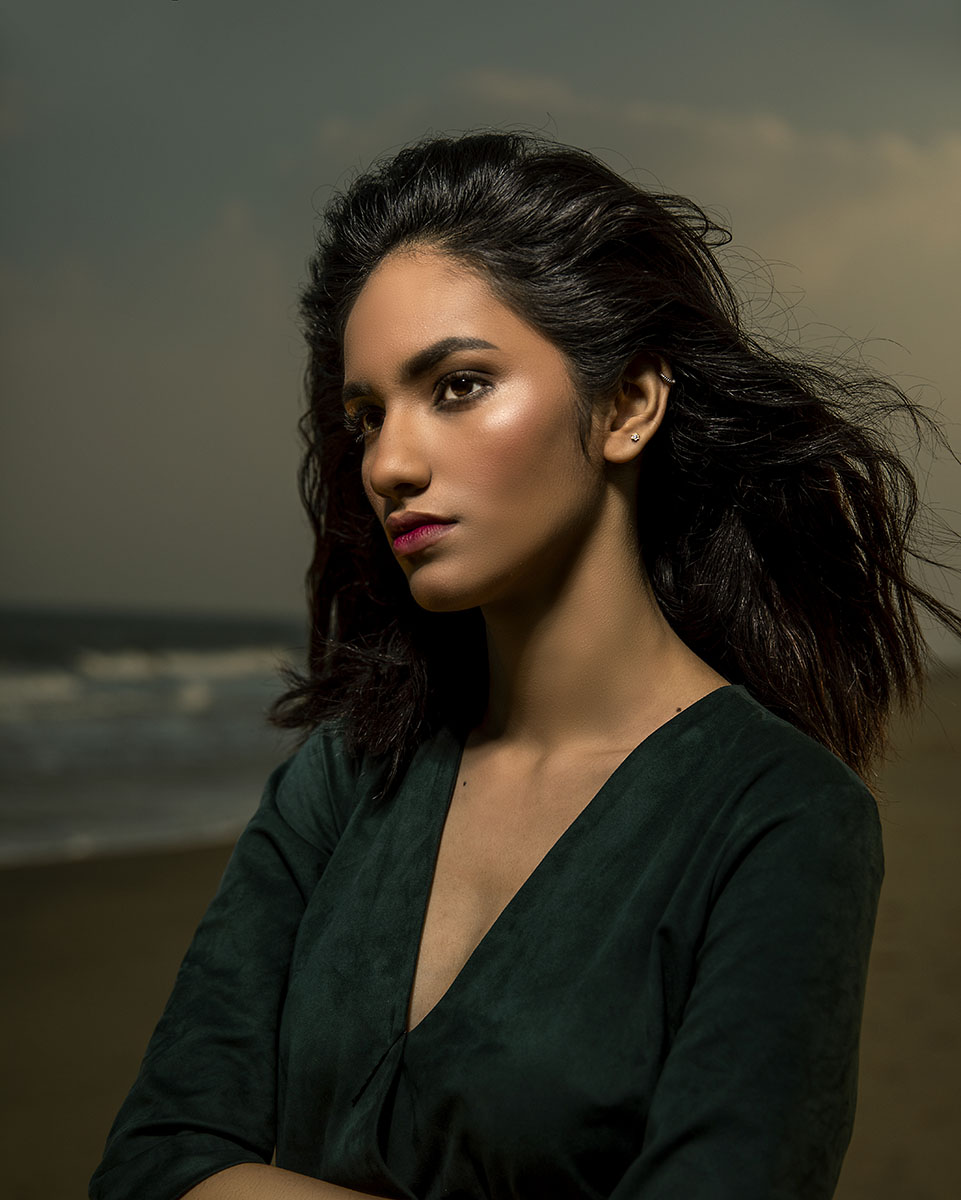 After testing the B10 I now finally say that, “This, is the One!”

Ram is a celebrity and fashion photographer based in India with over 5 years of experience. He has gradated from New York Film Academy and that has helped him learn the art from the best in the industry, namely Chris Knight, Valerio Spada, Late. Nitin Vadukkul, Dawit L Petros, Laura Barisonzi,etc.

He believes that every image conveys a story and behind those images, there is a process which is a compelling story by itself.

Profoto is marketed and distributed in India by Srishti Digilife Pvt Ltd.

A hard reflector that offers power and finesse
Details

You are visiting profoto.com from a market where we do not offer online shopping.